I seldom say this but Gal Gadot is a drop-dead gorgeous lady!

The model turned actress was born in the Tel Aviv suburb of Rosh Haayin. She is married to husband Yaron Versano, a businessman and they have a daughter named Alma. Her name “Gal” means “wave” and “Gadot” means “riverbank” in Hebrew. What a beautiful name! She has a face that is so beautiful in any angle.

She is not only beautiful but also powerful. She said in an interview that “I want to show women     She has won Miss Israel in 2004 and had been a model since she was 18. She has been in the Israel Defence Forces for two years and an avid motorbike rider. In real life, she rides a Ducati Monster. It is not surprised that she landed on the Fast and Furious role with her knowledge in weapons and motorbike. The actress just got her latest role as Wonder Woman in Batman v Superman: Dawn of Justice, beating Elodie Yung and Olga Kurylenko for the role. She also said in an interview that , “Eventually, I told them that I wanted to be able to show the stronger side of women. I didn’t want to do the obvious role that you see in Hollywood most of the time, which is the heartbroken girl who’s waiting to be rescued by the guy, blah, blah, blah. I wanted to do something different”. Don’t you just love a confident and strong women? 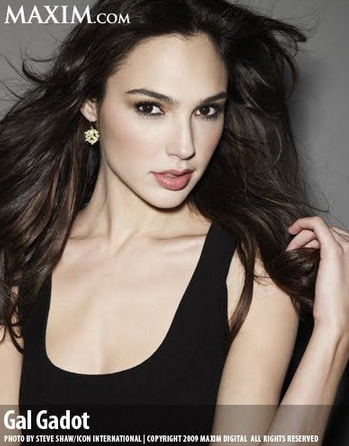 She looks gorgeous dressed up and down. I also love that she doesn’t need to wear a lot of makeup to look beautiful. She looks gorgeous with just mascara and lip color. She can also carry a bold red lips look as the photo below. 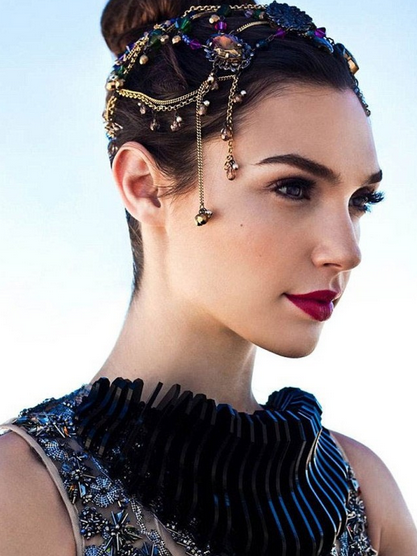